How to learn Mandarin Chinese?

A changing world requires constant adaptation. The enormous weight of the Chinese economy has been making the Chinese language gain popularity when it comes to improving in order to be more competitive at a professional level.  If we want to differentiate ourselves by going beyond languages such as German or French, Mandarin Chinese can be a good option. However, it is also an interesting personal challenge that will make us learn more about a millenary culture.

It is possible to study Chinese either following face-to-face (in group or private) and personalized classes, or online. There are many centers and individuals that offer Chinese classes, but new technologies also allow you to learn comfortably online, from home or wherever you want.  There are all kinds of online learning tools that can be equally or more effective than traditional classes: audio and video, interaction via chat or digital whiteboard, interactive tests or exercises, dictations, etc.

The fact that we use a different writing system, based on ideograms (called hanzi), may scare us at first, thinking that Chinese may be a very complex or impossible language to learn. Although to be able to communicate correctly in Chinese it is necessary to know about 2000 hanzi, if we keep constant and we practice and learn them little by little and gradually, it is not difficult. If you want, however, to have a better command of the language, you may need to know between 4000 and 6000 hanzi. If taken as a hobby, it can be enjoyable and pleasant and can even be the gateway to the art of calligraphy.

Of the two writing systems of Chinese, simplified and traditional, the one that is usually learned is the first, which is the one used in mainland China. When we see Mandarin Chinese written in Latin characters, we resort to a standard transcription system, pinyin, which is also learned in the first classes and is helpful in learning tones and beginning to learn vocabulary. Pinyin is also useful when using the language on computers, as an input method based on phonetics. 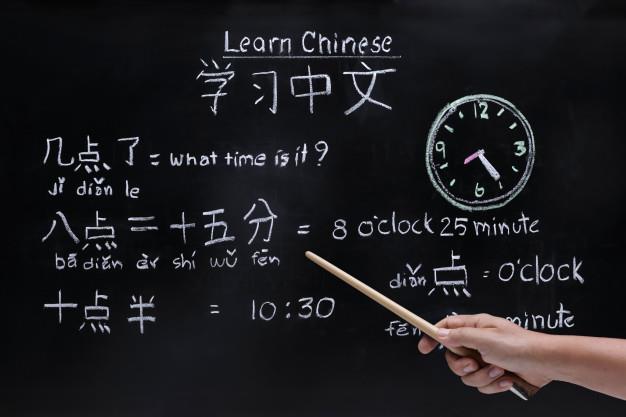 Another aspect that can be intimidating for the beginner is the phonetics, especially the tone system. It is very important to start mastering them from the beginning, to avoid confusion when communicating, but it is not difficult to get used to since there are only 4 tones in the case of standard Mandarin Chinese. It will be a matter of being attentive to the sounds, practicing a lot and correcting the mistakes that the tutor will indicate.

The grammar is much easier, much simpler than, for example, that of Spanish. To give you an idea, verbs do not vary in form according to person and number, and nouns have no gender. Nor, as in so many languages, do declensions exist. However, in order to gain vocabulary, it is necessary to apply oneself and practice, as is often the case with languages from very different linguistic families. It is also essential to get to know the culture and to keep in mind the importance of politeness and respect, using honorific forms correctly.

How to prove your Chinese language proficiency?

To certify the level of Chinese there are a series of official exams that can be taken. This is the HSK, which is valid internationally.  HSK diplomas are based on simplified Chinese and are divided into 6 levels, the most basic being the first one. The tests evaluate vocabulary, written expression and oral comprehension and expression. Each level requires the mastery of an increasing (cumulative) number of words and characters and the number of exercises and duration of the test is increasing.

Other related articles that will interest you: